Speak to us today about Part or Full Coffee Machine Services.

Our fully trained coffee machine engineers will have you up and running in no time and can repair the vast majority of coffee machines. 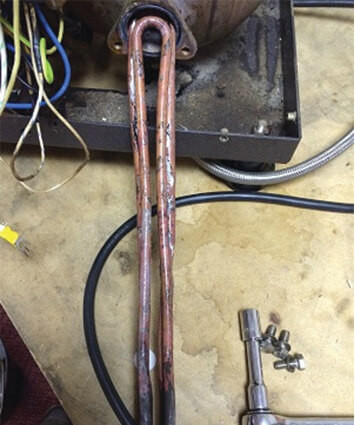 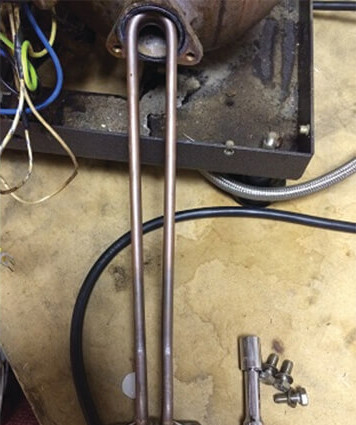 All traces of limescale have been removed from the heating element saving the customer hundreds of pounds in the event of a break down.

Our Full Service offers descaling as standard and will greatly increase the lifespan of your coffee machine.

5 reasons why we are the best at what we do 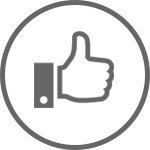 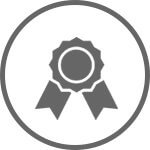 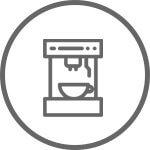 With a 94.5% first time fix rate we are likely to fix your machine on the same day 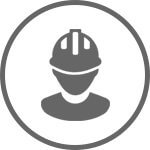 WE EMPLOY OUR OWN ENGINEERS

Other companies regularly ask our engineers to help! 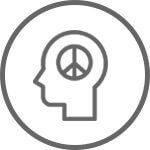 Warranty provided on all fixed parts. 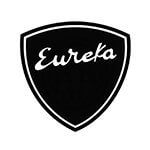 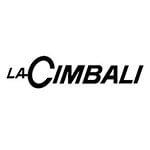 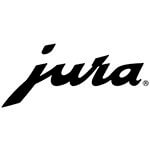 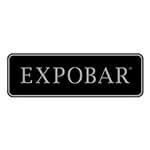 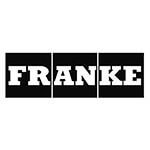 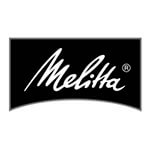 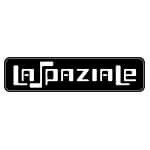 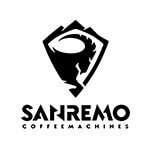 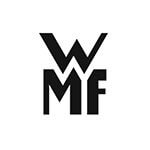 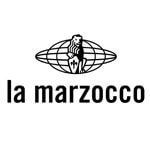 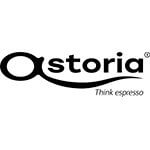 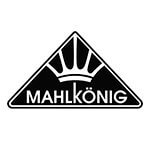 WHAT DOES A COFFEE MACHINE SERVICE INVOLVE?

GROUP HEAD CLEANING AS PART OF A MACHINE SERVICE

The services we provide are tailored to suit your specific needs. (We would never perform an unnecessary service.) Along with offering various response times to suit any budget we are able to spread the coffee machine servicing costs over a flexible timeframe. Speak to one of our advisors today who can set up your own personalised engineer contract – saving you time explaining and re-explaining to different people.

OUR COFFEE MACHINE SERVICES SAVE YOU TIME AND MONEY

When your coffee machine is in poor health it costs more to run (as it is less efficient), will significantly reduce the quality of the coffee and can seriously damage vital components within the machine.

Below is a series of images from our Engineer which shows the limescale damage caused by a lack of water filter.

The subsequent damaged caused could have been prevented by a coffee machine service. 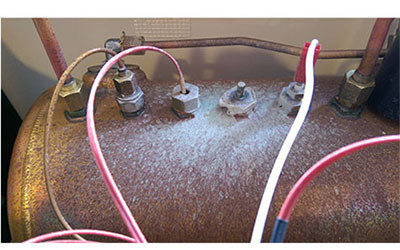 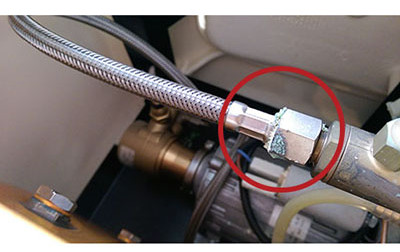 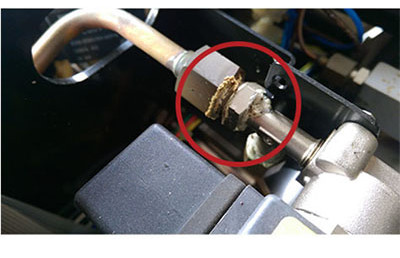 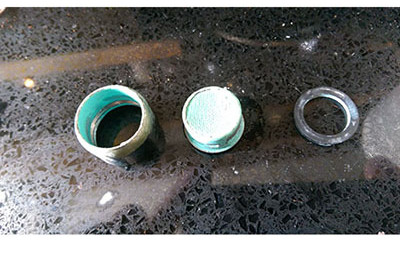 Scale is the build up of minerals within the hot sections of your commercial coffee machine; commonly referred to as lime scale. This is most common in hard water areas in some parts of the world that have a high lime content in their water. This will affect your boiler, the pumps and any parts that carry hot water. Usually the areas where the water sits still for a while, such as the boiler are worst affected. 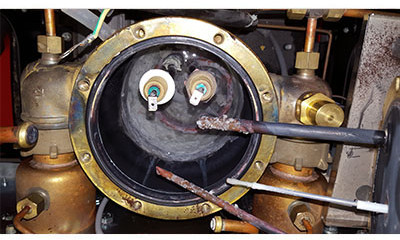 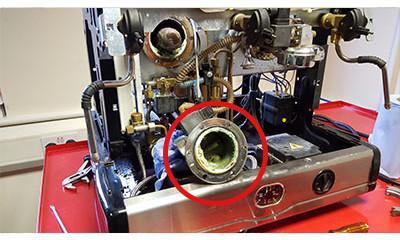 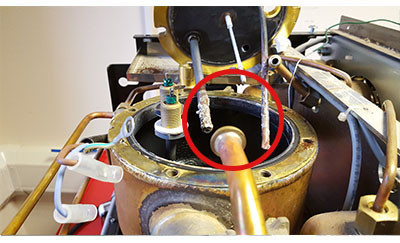 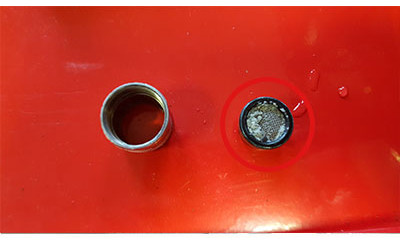 hard water locations in the uk 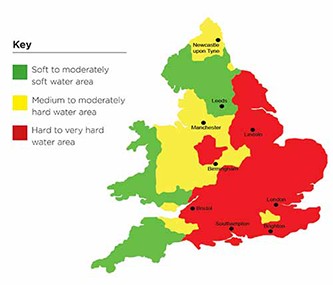 If you are located in one of the areas in red above, then you are at the highest risk for a build-up of lime scale in your coffee machine.

The build-up of lime scale will slow the water flow, reduce your boiler capacity and if left will eventually prevent your coffee machine working. Some boilers can end up with so much scale that they have heating problems.

The two main factors are the quality of your water and the amount of water running through the machine.

They’ll put some acid solution, some cleaner in there and they’ll just back flush that a few times, do a bit messing around inside and that’s it. What you’ll get if you come to us for a servicing, you’ll get a very detailed and precise list of things that we do and all of these things have a reason behind them because we know that if we do these things to your commercial coffee machine, then we’ll repair it and record it how many coffees you do;  we will advise you of which one you need to get done annually or every six months if you’re a busy site.

Okay so, what gets done on a commercial coffee machine; well essentially you got two main areas really where things happen, so we do the de-scale obviously and the de- scale back flush we do that but what we would also do is we go into your group head. Now what happens inside your group head is that you’ve got a seal, a rubber seal that seals on the edge here. You’ve also got something called a diffuser plate that sits just after the group head and then you’ve got a shower plate which is the one that sits over it. So what we would typically do is those parts, we use the book so we would just replace that, because getting them in, cleaning them, delay the time that it takes us to do that; it’s just faster to switch them. So we get in there, we take those components out and we switch them. Then you obviously have a seal, what happens if you don’t replace the seal is that the handles come around further and further round as the seal wears you will be also getting more dripping around the outside. If that’s happening it means you’re diluting the coffee, you’re not getting the full extraction of the coffee so the coffee will taste bitter and watery, also it’s then allowing the group handle to go higher up into the group head and cause potential damage, firstly to your shower plate and your diffuser plate and then obviously the group head itself, if that happens group heads are terribly expensive so you would be into large figures to get that repaired. So that’s the first thing that we do, we sort all of that out; we do a back flush with the de-scale solution to remove any sediments or scale that’s basically inside your heat exchangers.

Okay, the next thing that we do is we replace, we would also advise that you have your steam art stripped, all the component parts taken out, the seals replaced and again we have it cleaned through the steaming nozzles. So if you’re having a steaming nozzle where one of them is blocked or it’s not coming out or coming out less than it used to, it’s likely that it is your valve is gone or potentially you’ve got so much rubbish inside your steamer that it is actually like a garden hose when you stand on it you reduce the flow internally and it’s restricting the amount you’re getting through and that can then go on to cause a lot of other problems.

Here are things we do on a service, we check internally to make sure there are no leaks or anything inside, very important with obviously health and safety getting all tricky now on your boiler safety checks and the other thing that we do is check your boiler level probe. Boiler level probe will fill up with scale and basically as soon as the water hits the boiler level probe it basically tells it to stop filling up with water you don’t get that done, you may come in one day and the whole of your business is flooded; because what will happen is essentially as it comes up it will fill this will scale obviously the double lamp is a barrier so it won’t sense the water until it goes a bit higher up, then it might be you know filling it too high internally; that causes other problems with the coffee machine, but obviously you’ve reached a point of entry where the whole probe is covered in scale, the water keeps filling, it goes straight through the top, comes out here, valves and everything else outside of the machine probably damages your light inside the machine comes out onto the floor and will basically keep flooding overnight. It’s just like having a tap on and not turning it off.

So that is obviously very important that you get us; and those are the sort of things that we can do on a service, we do like other specific de-scales and replacements of little parts on various types of servicing so we can really advise you when you give us a call as to what coffee machine servicing is required on your coffee machine and then advise on site if there is any other repairs so you will not have to pay another call out. I guarantee you that most of the the vans carry about a two to three thousand pounds worth of parts so our first fix rate is really high. We employ our own engineers so we are capable of looking after you and making sure you have one point of reference to keep coming back to, so you are not basically paying two sets of people, which could lead to other problems.

If you have any queries or questions at all, please do call and speak to one of our coffee machine servicing team, they will be happy to help, thank you for listening.